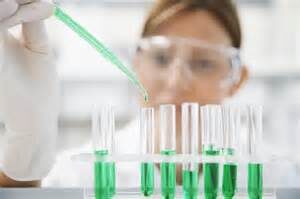 Chemistry Jobs – What Does The Job Of A Chemist Involve?Chemists research, develop and use knowledge of chemicals to create, develop or enhance something. One of the main concepts in their job is to make processes that as much as possible would save energy and would lessen pollution. Chemists are mostly found in research and development firms while a lot of them also work in quality control and production of chemical plants. Chemists can specialize in a lot of areas including organic, inorganic, analytical, medical, physical, material and macromolecular chemistry.

Organic chemists study the chemistry of organic compounds, inorganic chemists study compounds other than carbon, analytical chemists scrutinize and identify what makes up a substance in order to identify the nature of that given substance, medical chemists use their knowledge on chemistry to contribute to medicine and materials chemists research and develop chemicals that would replace existing ones that are being used or create new ones Chemists, because of their knowledge on chemistry, have a very profound impact on society.

Chemists think of and develop the materials that make up a lot of things we use and consume everyday. Because of their great contribution to society, chemists have always been in demand.

Chemistry also makes a good background if one would plan to pursue further studies such as medicine, dentistry and biochemical engineering.

Chemistry Jobs RequirementsThe minimum requirements for someone who would like to work as a chemist is a bachelor’s degree in chemistry although some advanced positions would require at least a master’s degree or even a PhD. In some places, one would be required to pass a licensure exam. Those who would really want to pursue a career in chemistry should have a good background on other sciences and mathematics since the nature of the job involves a lot of those.

To be an effective chemists, one must always be on the go; meaning that on should always be in the mood to discover new things. Being open minded is also very important as when chemists would discover some new things; these could be either desirable or undesirable. Deep analytical skills and manual dexterity for handling laboratory apparatus should also be developed when wanting to become a chemist. Good knowledge in handling computers is also a key advantage.

There were about 84,000 chemists in the United States in 2006. Because of the rise of technology as well as the rise in demand of better materials and breakthroughs that can be brought about by chemistry, this number is expected to rise. The demand for more chemists would most likely be in the research and development part. While that part would seem promising, all other areas of chemistry are also expected to grow just as fast as other occupations until 2016.