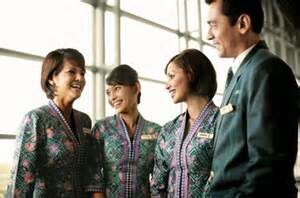 Flight Attendant Career – Becoming A Flight AttendantFirst of all, airline attendants exist because airlines are required by law to hire them. While their primary duty is to make sure that safety rules and regulations are followed, they are also in charge of making the flight more comfortable and enjoyable for passengers.

Airline stewards make sure that safety rules and regulations are followed through some procedures. First, they would educate the passengers on things that are not allowed to be done and what to do in case of emergencies such as water landing or when the plane is short of oxygen. Then, they would tell passengers if something wrong is being done and correct them.

Since airlines operate all year round and around the clock, air cabin crews may work any time of the day, on weekends and on holidays. While the minimum working hours per day would be 12 hours most of the time, some airlines would implement a minimum of 14 hours a day. Flight attendants who cater to international flights are the ones more likely to be exposed to this shift since international flight would naturally take very long hours.

While this is a lot of work, it is justly compensated through generous salaries and benefits which is sure to be enjoyed by the flight attendants.Because this work would require a lot of travel, airline attendants should be flexible, reliant, and willing to relocate. A air attendant would constantly be exposed to different people and different places with that, the ones mentioned above are necessary in order to become effective in this job.

Flight Attendant RequirementsGenerally, a high school diploma is the main requirement in order to be qualified in this job however; more airlines have been requiring college diplomas lately. It would also be an advantage if an applicant has experience in dealing with the public. Those who speak two or more languages also have and edge as this would be desirable for airlines since they can use these types of flight attendants for international flights.Airlines also have physical standards for air cabin crews. First, they have to be tall enough to reach the cabin. Males would also need a clean haircut, would have to be clean shaven, and must have no visible tattoos and piercings. Generally, all airline stewards have to look better than average.

Employment of cabin crews is seen to be increasing at a constant rate until around 2016. Competition is expected to be tighter as more and more people are getting qualified for this position.

Flight attendants are expected to earn anywhere between $23,000 and $95,000 with the average earnings being in $43,400. Generally, air attendants are also given a generous number of benefits. When they would be required to stay in a foreign place, their hotel expenses would be shouldered by the airline. They are also given generous meal allowances.